What is PageRank and Why Does it Matter?

If you’re a newbie to SEO, you might be wondering “What is PageRank?” or “why does it matter?” Luckily, there are plenty of resources available for you to get started. In this article, I’ll explain what PageRank is and how it works. PageRank is Google’s core ranking signal based on link analysis. Nobody outside Google knows exactly how it works, but factors like backlinks, internal linking, and domain authority directly affect it. 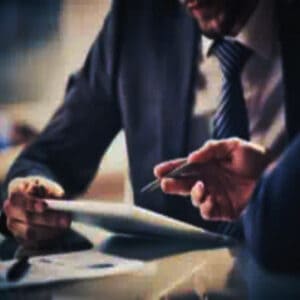 PageRank is a ranking system

The value of a link’s PageRank is calculated in a number of ways. PageRank is a mathematical formula that is based on the concept of importance. More important pages link to relevant pages, and the higher the PageRank of these pages, the better. But, how does PageRank work? Here’s a breakdown. What’s so great about PageRank? And why is it important to your website?

It is based on a random surfer model

The underlying model of PageRank is based on a random surfer model. This method relies on the idea that a random surfer will randomly select links on a page, instead of moving randomly across them. Users don’t just click on links based on popularity, but also content and the amount of content on the page. Hence, the random surfer model doesn’t accurately reflect the way people actually browse the web. Moreover, the model is prone to oversimplifying the data, resulting in an oversimplified and shaky result.

It is an authority metric

It is still used as a ranking signal by Google

While Google stopped sharing the PageRank algorithm publicly, the core insight of the algorithm is still highly influential. Internal links and backlinks remain crucial to SEO performance. In 2016, former Google employee Andrey Lipattsev revealed that link authority is one of the most important factors for ranking a website. His answer to a question about the most important ranking factors: “Content and links to your site” – the answer is obvious.

It was a black hat SEO tactic

If you thought PageRank was a black hat SEO technique, you’d be wrong. Although black hat techniques are not as common as they once were, they still pose a real risk for websites. They often lead businesses to believe that they are doing ethical marketing when in reality, they’re breaking Google’s guidelines. The search engine providers don’t want to let you get away with doing something unethical.

What is RankBrain and Why Does it Matter?

What is Domain Authority?