“Siri, how old is Queen Elizabeth?”

The use of smart speakers and virtual assistants is altering our daily lives and how we obtain information on the Web. For example, it is expected that over half of all searches will be conducted using voice this year.

For the general public, searching has never been easier. However, for digital marketers, Siri, Alexa, and Google Home are revolutionizing our approach to SEO and voice search ready for business.

(Note: Microsoft Cortana is another virtual assistant, but we chose not to mention it because of its low usage.)

We’ve already established that smart speakers rank material, but we need to understand how they locate whatever you ask for first. Google Home makes use of Google to search the internet. So does Siri. Amazon Echo devices employ Bing… kind of. (This will be addressed again in a minute.)

With that in mind, how do Siri, Alexa, and Google choose which answer gets read?

In the example of Google and Siri, they generally read the highlighted snippet, also known as “position zero.” This natural search result appears in a box at the top of the SERP.

The answer to whether Alexa or Siri is better depends on the context. In certain situations, they’re comparable. The primary difference between Amazon’s Echo and Apple’s HomePod is how much support each has for third-party intelligent speaker devices. Both Amazon and Google have released developer guidelines for their assistants, but developers still face many hurdles to integrating them into

He stated that Amazon licenses information from various sources in the same interview but didn’t elaborate. And in the fall of 2019, Amazon debuted Alexa Answers. This allows Amazon users to answer questions to which Alexa doesn’t already have answers. (We already know what you’re thinking, and Amazon says they have precautions in place to prevent misuse.) 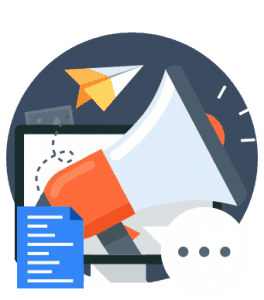 So does SEO factor into the Alexa experience at all?

We don’t know. It doesn’t appear to be the case, but we don’t know where Amazon gets its data from, so rankings could influence it.

Even though Amazon, the leading smart speaker manufacturer, appears to be without reliance on SERPs for Alexa, Google and Siri influence how marketers think about SEO.

The Featured Snippet and Voice Search

In general, you shouldn’t worry about not having the featured snippet or being in “position zero” if you’re getting the traffic and conversions you need.

For those who want to be in position zero and are hoping your material will be read aloud by their smart speaker, here are three-pointers for optimizing voice search.

According to our knowledge of Google’s content ranking and featured snippet selection, these tactics also apply to Siri and Google Home. These are excellent SEO standards in general, but they’re especially essential for voice search.

Use Natural Language & Long-Tail+ KeywordsThis is significant for SEO in general, but it’s particularly crucial for anyone hoping to take advantage of voice search.

People use more natural speech patterns when they speak their searches rather than typing them. Voice queries are more conversational since you’re talking to Alexa, Siri, or Google.

Voice searches are also more likely to be questioned. For example, while you might type “barbecue ribs recipe” into Google, you’d probably ask Alexa or Siri, “How do I make barbecue ribs?”

This is where long-tail+ keywords come into play. Long-tail keywords are conversational phrases or questions that people search for on Google. You should use these terms in your content to better serve your readers and improve your chances of earning the featured snippet, therefore the voice search result.

And while we don’t have the data to drill down exact numbers, that’s a lot of local voice searches.

If you’re a local business, you can optimize your content for local voice searches by answering as many of the 5 Ws as possible: who, what, when, where, why. Put this information front and center.

You get the picture.

Make it as simple as possible for customers to learn basic information about your business. You should also make sure your Google My Business Listing is up-to-date since Google Home may check it.

People seek a particular solution when they ask Google or Siri a question.

If a user says, “Hey Google, what is the birthstone for April?” They expect to hear something like, “April’s birthstone is diamond.” Including a concise answer like this at the beginning of your content makes it easy for Google to find and read.